The Winchester Commemorative firearms program is perhaps unique in both company and industry history. While the commemorative firearm idea was undoubtedly pioneered by the Colt Patent Firearms Company some thirty-odd years ago, that primarily handgun firm had neither the market nor the capacity to make large quantities of any one model in any one year. Winchester had both the basic chassis – the Model 94 lever action repeating rifle – upon which to build a variety of individual commemorative versions and also the factory capacity to make very large quantities of that model. As it turned out – and as Winchester could barely believe – over 100,000 units of two different models were made and over half a million commemoratives of all types (domestic and foreign) were made from 1966 to 1975.

As the company’s hundredth anniversary approached, however, some of Winchester’s marketing people began thinking in terms of some sort of special firearm to mark that important date in 1966. First thoughts were directed toward an exact replica of the Model 1866, “The First Winchester,” but production proved impractical in the domestic plant and the company was reluctant to have its centennial commemorative made overseas. 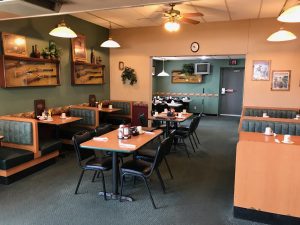 Winchester decided that it would take the existing Model 94 action – possibly the most famous sporting firearm ever made – and refine it into a Centennial í66 Model in two versions – a carbine and a full-length rifle. The company anticipated that they might sell 20,000 or so guns during the year. They were very mistaken. As soon as the word on the new Winchester spread throughout the country after the national announcement in January 1966, the orders literally deluged the company and a complete reevaluation of the product and marketing capacity had to be made. By the end of the National Sporting Goods Show in February, it was obvious that Winchester’s potential production for the calendar year was sold out and orders would have to be allocated. At this time, management made a crucial decision to limit the Model í66 production to only those guns that could be made during that centennial year and not to yield to the temptation to keep the factory machinery running into 1967 and beyond until all the orders were filled.

The 150 special-edition models have hand checkered, full fancy walnut stocks. The guns have 16-inch barrels with full buckhorn styled rear sights. Both the receiver and barrel are highly polished. The special-edition model weighs approximately six pounds and holds five cartridges, four in the magazine and one in the chamber.

We invite you to enjoy viewing the Winchester Commemoratives on display. They represent a large range of our American history and heritage. All of these Winchesters are authentic and unfired.

– THE MANAGEMENT AND STAFF OF THE WINCHESTER RESTAURANT